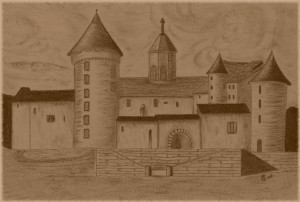 The Sultan Djem, known as Djem or Zizim to the French, as Cem in Turkey, Gem Zizimi, Jem Sultan or even Jem Zizim, first brings a legendary prince to the minds of most. And for a good reason! One can find every element of a fictional movie or an excellent thriller in the surprising destiny of this prince who lived during the fifteenth century: war, treason, prison, escapes, love, murders, poison, every kind of intrigue…and the action ends in great finale in the very core of the Vatican, under the strange orchestration of our Holy Father the pope.

With his Djem, a tormented prince, Maurice Caron, author of the 2006 release The Chronology of the Hospitallers, completes a work of reference in 2010, as a result of a thorough and extensive historical research.

From now on, passionate history lovers and friends of thrilling sensations can follow step by step the journey of Djem, also called the prisoner of Bourganeuf.

From Konya, where he reigned over the Karaman since the age of twelve while his brother Bayezid governed the western provinces of the Empire, to the fratricidal struggles at the time of the Conquerors death, we will follow Djem, who has become Sultan of Anatolia, forced to take shelter on the island of the mighty knights of Rhodes, on Christian land. He lands there, protected by his « right of passage » delivered to him by the great master Pierre d’Aubusson. He is welcomed and entertained magnificently by the monks hospitallers, who will plead his cause and even encourage him to rebuild an army in Europe, so he would be able to return to the Empire by foot, to take back his inheritance: the throne of his ancestors. And this quite legitimately, without any doubt, as prince Djem is, out of two brothers, the only surviving son of the Conqueror of Constantinople who can assert to have been « born in the purple ».

Excerpt from Djem, a tormented Prince

…At the same time in Asia Minor, in the south of the Empire, the night has just fallen on Konya. As usual, prolonging his supper, Djem is surrounded by his loyal friends, poets and musicians, among whom are Haider, his minister of justice, and Saadi, his defterdar. To the sound of a harp or a six-stringed lute the prince is desperately trying to tune, sometimes they improvise; sometimes they clamour, with the help of alcohol and the long water pipe, the chorus of a ballad or a poem they have written. Some, half lying on comfortable cushions, are on the verge of falling sound asleep, when a guard approaches the master obsequiously:

– My Lord, a rider carrying an urgent letter just arrived.

– Well, if it is so important, what are you waiting for?

The messenger is there already, bowed before him. Djem skims through the letter; his eyes turn thoughtful for a short moment, then harden. The music has stopped, as if it wanted to underline the intensity of the circumstances. Everyone, by the gravity of the master, feels the solemnity of the instant.

– There is no date. Since when have you left?

– The misfortune happened the fourth of rebioul, My Lord. The Grand Vizier Mehmet Pacha, wanting you to be the first informed, tried to cover up the event to gain time.

– Then why did you arrive so late?

– Two messengers left before me, My Lord. Both were arrested and executed by Sinan-Pacha. I left thirteen days ago, five days after the death of your father, the Grand Lord, may Allah open wide the doors of Heaven for him ! Then I had to avoid the region of Kütahya.

The silence seems endless. Prince Djem thinks, obviously, measuring the extent of the disaster. His eyes are looking for support, or a way out, in the assistance.

– And what happened during these five days?

– The janissaries have rebelled; they murdered the Grand Vizir, who only wanted your best, and the next day, Korkoud was named general of the Empire.

– Good. Go to the kitchen, you must be hungry, and then rest.

« Friends, brothers, Djem calmly proclaims, my councillors, my viziers, my general lieutenants shall be summoned. A council will be held in an hour. You all understood: the Conqueror has left us, and my brother must have a lead of at least a week over us ; at this time, he has taken over the throne of Osman and the corps of the janissaries is his already. I need all opinions as fast as possible. May God, the almighty be mild and may my father, Mehmet, rest in peace! »

The sultan Djem has been glorified and showered praise upon by the greatest french authors: Lamartine, Voltaire, Bossuet, Hugo himself, all sung his praises, and all mourned his destiny.

Padishah of the faithful, whose glory is grander

Than that of Germany’s Caesar or the Sultan of East,

Master who gets one’s fill by great splendour at least

Consider: it is time for the feast that will last the whole night;

The whole table is steaming as a censer tonight;

The banquet is set far up there in the highest crypt

In a palace long raised by the old kings of Egypt…

Victor Hugo, The legend of centuries 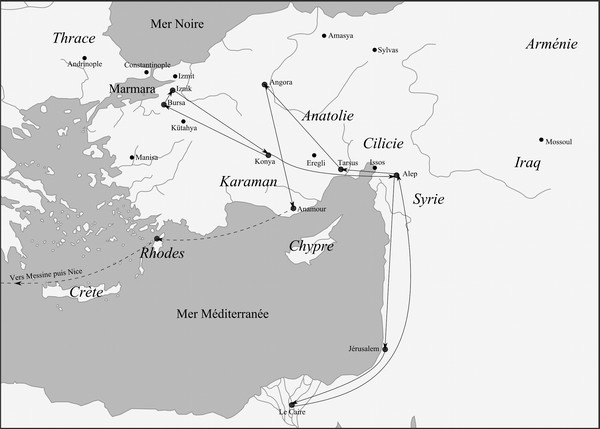